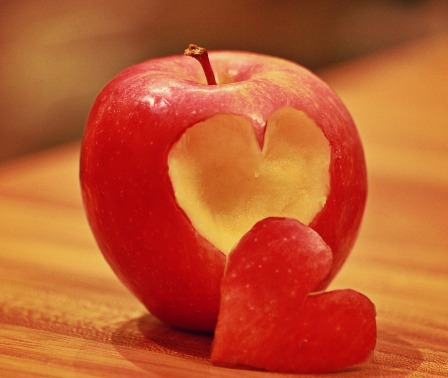 More than two million Canadians have diabetes mellitus, and about one-half of them are not even aware that they have this condition. Type II diabetes represents ninety percent of all cases and Type I and other diabetes accounts for the remaining ten percent, all types of diabetes are associated with a higher risk of cardiovascular events, but Type I patients tend to develop atherosclerotic disease at a much younger age.

Diabetes results in several metabolic derangements that include hyperglycemia, dyslipidemia, and insulin resistance. These factors lead to abnormal function of the specialized cells that serve to protect the integrity of the blood vessel wall, and thus promote atherogenesis. Diabetes can contribute to the formation of cholesterol plaques in three major vascular territories: the cerebral (brain), coronary (heart), and peripheral (lower limb) arteries.

Diabetics have a two-to-four times greater chance of developing coronary heart disease than non-diabetics. Women with diabetes are five-to-seven times more likely to develop heart problems. With regards to heart attacks, it is recognized that the in-hospital and long-term mortality rates afterwards are twice as high in diabetics when compared to non-diabetics. Approximately 30% of hospital patients with an acute heart attack have diabetes, compared to 6-8% in the general population. In addition, patients with diabetes may have an impaired ability to recognize the symptoms of angina, and this may, in turn, cause a delay in treatment, which then contributes to a worse prognosis. Similarly, the risk of stroke is four times higher in diabetics. The diabetic also has a two-to-four fold increase risk of having significant peripheral vascular disease. These three conditions account for eighty percent of the mortality (death), and seventy-five percent of all hospitalizations in diabetics. Therefore the American Heart Association has designated diabetes as a coronary risk equivalent, indicating that diabetes belongs in the same risk category (high) as patients with known cardiovascular disease.

Of more recent concern has been the epidemic of obesity in developed countries. This has led to an increase in the prevalence of diabetes especially among adolescents, and it is predicted that children born in the year 2000, will have a thirty-six percent chance of developing diabetes in their lifetime. Diabetes not only affects large blood vessels (macrovascular disease) but can cause damage to very small vessels (microvascular disease), which lead to diabetic complications such as retinopathy (new but abnormal blood vessel growth and hemorrhage in the retina of the eye), nephropathy (progressive loss of kidney filtering capacity and development of end-stage kidney disease requiring dialysis), and neuropathy (abnormal loss of sensation in the skin due to damaged nerve endings, and loss of autonomic control of the stomach and bowels). It is important to note that macrovascular complications can begin at a level of glucose elevation below the diagnostic threshold for diabetes (i.e. < 7 mmol/L), while microvascular problems occur at higher glucose levels.

Much has been said of the metabolic syndrome, which is characterized by the simultaneous occurrence of several abnormalities in any one individual. These include hypertension (high blood pressure), obesity (increased waist circumference and body-mass index), insulin resistance (elevated blood glucose), dyslipidemia (low HDL-cholesterol and/or elevated triglycerides), and possibly proinflammatory and/or prothrombotic states. The severity of the insulin resistance directly correlates with the rates of myocardial infarction (heart attack), stroke, and peripheral arterial disease.

Patients with diabetes (especially Type II) commonly have average amounts of LDL-cholesterol (harmful lipid) and low levels of HDL-cholesterol (beneficial lipid). Triglycerides are often higher than normal. Management should always begin with lifestyle improvements and it has been shown that each of these cholesterol abnormalities can improve with simple measures such as exercise, weight loss, and diet changes.

Early detection of cardiovascular risk factors in patients with established diabetes and early intervention should delay the onset of disease in these patients. The physician's role is to apply a vigorous risk assessment strategy to identify all patients at increased risk. This process usually begins with the taking of a careful medical history, wherein symptoms that suggest atherosclerosis, such as angina (chest discomfort on exertion), claudication (muscular discomfort of the extremities due to effort), transient ischemic attacks (temporary alteration of, or loss of brain or nervous system function), or erectile dysfunction. Also included are questions on physical activity and a dietary assessment. This is usually followed by a thorough physical examination where the physician will check for signs of arterial disease, hypertension, retinopathy, and neuropathy.

The other major risk factors are cigarette smoking, hypertension, and increased LDL-Cholesterol. A diabetic who smokes has double the risk for cardiovascular disease. Hypertension (high blood pressure) not only increases the risk for coronary heart disease, but also contributes to higher rates of stroke, chronic renal failure, and heart failure. The physician will gather all this information and estimate the patient's global risk score, which is then translated into a percentage likelihood of that individual developing disease over the next ten years. Risks are divided into three categories: low (0-10% risk), intermediate (11-19%); and high (> 20%). Patients with established diabetes are automatically considered to be in the high-risk group.

Treatment goals for managing risk factors include a hemoglobin A1c of less than 7 percent, a blood pressure of less than 130/80 mmHg, and an LDL-cholesterol of less than 2.0 mmol/L. Studies have shown that intensive glucose control reduces the risk of any cardiovascular disease event by 42% and the risk of heart attack, stroke, or death by 57 percent.

Every percentage drop in hemoglobin A1c reduces the risk of diabetic kidney, eye, and nerve (microvascular) disease by 40 percent. Research has also shown that hemoglobin A1c levels above 6.2% were associated with an increased risk of macrovascular disease. For every 1% further increase in hemoglobin A1c, coronary heart disease increased by 11%. Blood pressure control reduces cardiovascular risk among diabetics by 33-50% and the risk of microvascular disease by 33 percent. For every 10 mmHg reduction in systolic BP, the risk for any diabetic complication drops by 12 percent. Unfortunately surveys estimate that less than 10% of diabetics are at target for the three goals outlined in this paragraph. Of those 90%, 2 in 5 have poorly controlled LDL-cholesterol, 1 in 3 has poorly controlled BP, and 1 in 5 has poorly controlled blood glucose. Clearly there is much work to be done in educating our patients as to the benefits of aggressive risk factor modification.

In general, diabetic patients should work with their health care team to try and maintain the following guiding principles:
The Canadian Health Awareness Society is a registered non-profit organization. Our Mission is to promote health awareness on health issues for all Canadians by education, support and advocacy.