Alcohol and the Heart 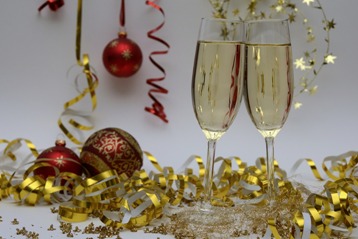 Alcohol in its many forms has been a popular beverage enjoyed by millions of people for many centuries. We are all aware of the serious adverse effects of excessive alcohol consumption. These include liver disease, heart failure, increased cancer risk, neurologic complications, and unintentional injuries. On the other hand, observational studies have suggested that moderate alcohol intake, when compared to abstinence of heavy drinking may have health benefits, particularly in regard to coronary heart disease.

With respect to cardiovascular mortality, women who consumed one drink daily and men who had one to two drinks daily, compared to non-drinkers had an 18% reduction in total mortality. More than two drinks a day in women and three drinks a day in men were associated with increased mortality. Heavy alcohol consumption (six or more drinks a day), or binge drinking increases the risk for sudden death.

Many studies have shown an association between excess alcohol intake and the development of hypertension. Having more than two drinks a day increases the risk by 1.5 to 2.0 times compared with non-drinkers. Alcohol reduction is associated with reduction in systolic and diastolic blood pressure.

Chronic consumption of large amounts of alcohol may lead to alcohol-induced cardiomyopathy. In comparison, light to moderate intake may protect against the development of heart failure. Even in patients with ischemic left ventricular dysfunction, having 1 to 14 drinks per week led to a lower all-cause mortality, especially death from myocardial infarction.

With respect to stroke, moderate consumption (up to two drinks per day) has been associated with a decreased risk of ischemic stroke, while heavy use (4 or more drinks per day) increased the risk for all strokes by 60 to 100%. The effect of alcohol may be modified by ethnicity. Studies from Asia consistently show no benefit. Hemorrhagic strokes are more common in Japan and moderate alcohol use may slightly increase the risk of dying from a stroke.

There has been a protracted debate about whether the type of beverage is a factor in the protective effect of alcohol. Some reviews suggest that all alcoholic beverages afford benefits, while other studies report that the protection is strongest for wine. Red wine contains phenolic and flavonoid substances that have antithrombotic (prevents blood clotting) and antioxidant (prevents tissue inflammation and cell death) properties. It is generally accepted that the type of alcohol is not as important a factor as the amount of alcohol consumed and the pattern of intake.